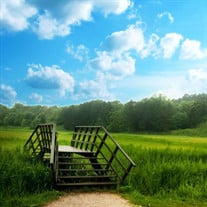 Albert Olin Turner, Jr., 87, of 204 Rivers Run, widower of Rebecca “Becky” Watson Turner, died Wednesday, August 5, 2020 at Self Regional Medical Center. Born in Greenwood, he was a son of the late Albert Olin Turner, Sr. and Ivey Ellen Buzhardt Turner. Olin retired from Greenwood Mills and was a member and Master Mason with Greenwood Lodge #91, A.F.M. He was a faithful member of Lowell Street United Method. He loved his family, including his numerous nieces and nephews, a good cigar, and was a friend to everyone he met. Surviving are his children, Beverly Turner, Stan Turner, both of Ninety Six, and Deidre Molden (Clay) of Greenwood; grandchildren, Gray Turner (Tori), Olin Turner, IV, both of Greenwood, Haven Turner of Charleston; and great grandson, Henry Turner. In addition to his wife, Becky, he was preceded in death by a son, Albert “Al” Olin Turner, III. A private service will be held at a later date.

The family of Albert Olin Turner Jr created this Life Tributes page to make it easy to share your memories.

Send flowers to the Turner family.