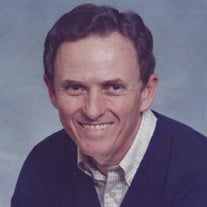 James Allen (“Al”) Rollison, 80, longtime resident of Florida, died December 3, 2021 at Hospice House, Greenwood. Born in Greenwood, SC, he was the son of the late Louise and James Rollison. He is survived by his brother Larry Rollison and sister-in-law Karen Bartley Rollison, brother Joe Rollison, niece Tammy Rollison Farmer (Lee), grand-nephews Will and Holden Farmer, aunt Martha Rollison McKee, and many beloved cousins. He was a 1958 graduate of Greenwood High School, attended Lander College, graduated from Clemson College in 1964 with a degree in mathematics, studied at Georgia State College, and earned his M.B.A. from Florida Institute of Technology. After graduating from Clemson, Al worked for Shell Oil in Atlanta until 1966 when he went to work at the NASA Launch Operations Center, Kennedy Space Center at Cape Canaveral in Florida where he worked in Payload Management and Operations for 28 years until his retirement as a Senior Computer Programming and Analysis Specialist. Al received many awards and commendations for his work on all of the firsts of the NASA space programs: Apollo 8 in 1968, Apollo 11 landing of a man on the moon in 1969, international mission Apollo-Soyuz in 1975, Saturn, Gemini, Skylab, Spacelab, and Shuttle Enterprise, Columbia, Challenger, Discovery, Endeavor. Al traveled the United States and the world extensively seeking adventures like snow skiing St. Moritz in Switzerland, riding camels at the pyramids in Egypt, hiking Machu Picchu, Peru, and scuba diving with the sharks off the coast of Africa. Al was a licensed private airplane pilot, certified scuba diver, licensed hypnotherapist, avid snow skier, scratch golfer, and internationally award-winning ballroom dancer. A memorial service to celebrate Al’s life will be 2:00, Sunday, December 12, at Harley Family Center, 1101 South Main Street, Greenwood. Special thanks to the staff of Wesley Commons and Hospice House for their compassionate care of Al and family. For anyone who chooses to make a donation, Hospice Care of the Piedmont, 408 West Alexander Ave., Greenwood, SC 29646 is a worthy organization special to the Rollison family.

James Allen (&#8220;Al&#8221;) Rollison, 80, longtime resident of Florida, died December 3, 2021 at Hospice House, Greenwood. Born in Greenwood, SC, he was the son of the late Louise and James Rollison. He is survived by his brother Larry... View Obituary & Service Information

The family of Allen Rollison created this Life Tributes page to make it easy to share your memories.

Send flowers to the Rollison family.