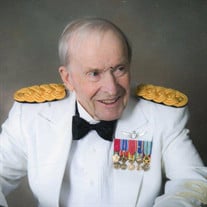 Charles Edward Drake, Sr. passed away unexpectedly November 25, 2020 at Self Regional Healthcare. He was born January 26, 1930 in DeFuniak Springs, FL to the late Ardessia Adkinson and James Ezra Drake. Charles, better known as Chuck or Duck, graduated from Walton County High School as the star quarterback in 1948. He was one of the first males to enter Florida State University and was honored to be considered one of the first 100 of Lambda Chi Alpha fraternity. Chuck graduated in 1952 in elementary education. He married Anne Billingslea August 14, 1951 and after graduation they taught school in Panama City, FL for one year before he was drafted into the Army. His 26 years of military service included being commissioned as an officer in the Corps of Engineers, a master aviator (fixed and rotary wing) and an instructor pilot. Chuck served a tour in Korea and two tours in Vietnam. During his US Army career, he was awarded the Legion of Merit, Distinguished Flying Cross, Bronze Star with a V for Valor and Oak Leaf Cluster, Air Medal, and the Army Commendation medal. Chuck retired as a Lt. Col. in 1975. With help from Congressman Jeff Duncan in 2011, the Drake family was honored by being present at the dedication of an aircraft flown in Vietnam (Robin Hood unit), by Chuck, installed in the Smithsonian. Chuck was awarded his Masters of Science in Management from Frostburg State University. After his military service he retired to Greenwood, SC and served as head of the business department at Piedmont Technical College, retiring after 8 years. Chuck and Anne established Drake, Drake & Associates selling life insurance for The Equitable. Throughout his life, Chuck was a pillar of his community. He was a swim team referee, soccer coach, cub scout and boy scout leader, Sunday school teacher, mentor for young officers and pilots, and 1st President of the Literacy Council. He helped save The Museum, was active in the SC Republican Party, American Legion, Golden K, Kiwanis Club, Touchdown Club, HOSTS volunteers, and United Ministries. Chuck was an avid golfer, was the teacher and founder of the Drake Sunday School class and devoted member of the Mason Class at Main Street United Methodist Church, and the #1 FSU fan in Greenwood (famous in town for his Seminole van). Chuck was preceded in death by his parents, his brother, James Ezra Drake, Jr. and his grandson, Michael D. Parks. He is survived by his wife, Anne, Greenwood; children: Mimi (Robert) Wetherington, Lake Park, GA; Nancy Mattern, Charleston; Jane (Glen) Poole, Wake Forest, NC; Charles Drake, Jr. (Ruthie), Greenwood, and Yung Morgan (Jim), Belchertown, MA. His grandchildren: Michelle (Rob) Poole, Rolesville, NC; JP Mattern, Charleston; Jacob (Lindsey) Poole, Franklinton, NC; Jordan (Taryn) Mattern, Greer; Benjamin (Jasmine) Parks, Savannah, GA, Lea (Andrew) Gantt, New Bern, NC; Emily Drake (Pierce), Dayton, OH and seven great-grandchildren along with many nieces and nephews, and his loving and devoted caregiver, Barbara Williams. He was affectionally known as Poss, he loved oysters, Grayton Beach, coconut cake, the FSU Seminoles, his Lord and Savior, the United States of America and his life partner and loving wife, Anne. A memorial service will be held at 2:00 P.M. on November 28, 2020 at Main Street United Methodist Church with the Rev. James McCoy-Bruce officiating. His remains will be interred at Arlington National Cemetery at a later date. Due to Covid, the church has strict social distancing guidelines in place, which includes wearing masks and limiting the number of people that can be accomodated in the sanctuary. For this reason, the service will be livestreamed and may be accessed by a link that will posted on Chuck's life tribute page at www.harleyfuneralhome.com. In lieu of flowers please send all donations to the Greenwood Pathway House, PO Box 49723, Greenwood, SC 29649 (gwdpathway.org) or Main Street United Methodist Church Renovations fund, 211 N. Main Street, Greenwood, SC 29646 (mainstreetgreenwood.org). VIEW Service here: https://vimeo.com/484578408

The family of Chuck Drake created this Life Tributes page to make it easy to share your memories.

Send flowers to the Drake family.