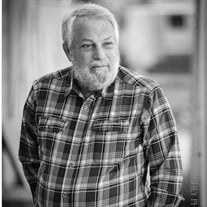 David H. Lubich, 76, of Las Vegas, formerly of Greenwood, widower of Diana Jean Zaimont Lubich, died July 16, 2020. Born in Baltimore, Maryland, he was the son of the late Leonard Henry Lubich and Janice B. Leventhal Lubich. David was a... View Obituary & Service Information

The family of David Lubich created this Life Tributes page to make it easy to share your memories.

Send flowers to the Lubich family.