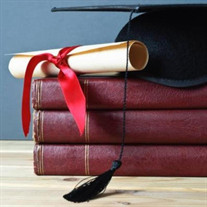 Mrs. Dorothy (Dot) James Wiley, 90, wife of the late Wilford Manning Wiley of Laurens, entered eternal rest January 1, 2021, at Hospice of the Piedmont in Greenwood, SC. Born in Birmingham, Alabama, Dorothy was a daughter of the late Mr. Charles Brady James, Sr. and the late Mrs. Laura Temple James. She was a devoted member of CenterPoint Wesleyan Church in Laurens, SC, where she formerly served as treasurer of the Wesleyan Women’s Group on the local level for many years. Mrs. Wiley graduated Bessie Tift College, of Forsyth, Georgia, and earned her Bachelor of Arts degree with majors in Mathematics and English. She was treasurer of her class and a member of the Student Government Council. She was also secretary of Mu Kappa Epsilon, club for mathematics and science students and held the same office in the Pierian Club for English majors. Dot also earned her professional high school teacher’s certificate from Georgia’s Department of Education for Mathematics and English in July of 1950. The Wiley family owned and worked a commercial chicken farm in Laurens County. Mrs. Wiley served as the central head of this operation for many years in addition to running a household. Surviving are two sons, Steven J. Wiley (Fiona) and Timothy H. Wiley (Fran); two grandsons, James and Garrett; and three siblings, Charles Brady James, Barbara James Glazier, and Nancy James (Michael Brown) Bell. She was the eldest of her beloved brother and sisters. The family will hold a private prayer vigil service and will plan a celebration of life service with family and friends at the cemetery at a date to be determined. The family requests that flowers be omitted and memorials be made to CenterPoint Wesleyan Church, 5595 Highway 49, Laurens, SC 29360, or to Hospice of the Piedmont, 408 W. Alexander Avenue, Greenwood, SC 29646.

The family of Dorothy Wiley created this Life Tributes page to make it easy to share your memories.

Send flowers to the Wiley family.