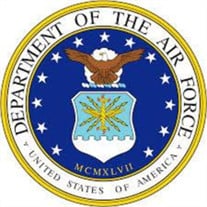 Haskell Merchant Cromer, 87, of Windsor Oaks, husband of Sallie Adams Cromer and father of the late Nelson B. Cromer, died peacefully on Monday, March 7, 2022 surrounded by family and friends. Born in Saluda on February 4, 1935, he was a son of the late Kencler Kaminer Cromer and Mary Elizabeth Merchant Cromer. Haskell attended Ninety Six schools and retired from Sprint Telephone after 35 years of service. He served in the US Air Force during the Korean Conflict, where he received the National Defense Award, the Good Conduct Medal and was awarded Airman of the Month on three occasions. Haskell entertained people with his powered parachute for 21 years. He was a member of Temple Baptist Church and attended Laurel Baptist Church. He is survived by his wife of 64 years; nieces and nephews, Darin Cromer, Marc Cromer, Judith Creswell, Frank Jones, Dr. James E. Adams, Joyce Coleman Rushton, Andrew Coleman, Bernard Coleman, Bradford Coleman; several great nieces and nephews and his special furbaby and guardian, Gabbi. In addition to his parents and his son, he was also preceded in death by his brother, Aubrey Eugene Cromer. Services will be at 1:00 p.m. on Thursday at the Harley Funeral Home Chapel with the Rev. James Rodgers and the Rev. Kelvin Hinson officiating. Burial, with military honors, will follow in Greenwood Memorial Gardens. Pallbearers will be Larry Roark, Chris Meece, Joe Louis Jones, Joe Davis, Thomas Sprowl and Drew Johnstone. Honorary escort will be current and retired employees of the telephone company, MSA Hospice staff of Greenwood, Brenda Murray, Dennis Seymoure, Raymond Davis, Troy Dennin, Lindy Meece, Phyllis Johnstone, Joyce Roark, Tina Parks, Karen Williams and Martha Moore. Special thanks is extended to the staff of MSA Hospice along with loving caregivers, Thomas Sprowl and Brenda Murray. The family will receive friends at the funeral home on Thursday from 12:00 noon – 1:00 p.m. The family is at the home. Memorials may be made to the charity of your choice.

Haskell Merchant Cromer, 87, of Windsor Oaks, husband of Sallie Adams Cromer and father of the late Nelson B. Cromer, died peacefully on Monday, March 7, 2022 surrounded by family and friends. Born in Saluda on February 4, 1935, he was... View Obituary & Service Information

The family of Haskell Cromer created this Life Tributes page to make it easy to share your memories.

Send flowers to the Cromer family.