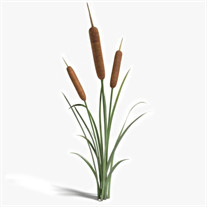 Henry Leland Reynolds, Jr., 82, beloved husband of Cecelia Colvert Reynolds, died on Wednesday, October 14, 2020. Born in Greenwood, he was the son of the late Henry Leland Reynolds and Bryte Daniel Reynolds. Henry was a graduate of Greenwood High School, attended Clemson University, and graduated Southern Technical University with an associate’s degree in electrical technology. He was the owner of Bamco, Inc., had served in the Army National Guard and was an Eagle Scout. He was a lifelong member of First Presbyterian Church, where he had served as chairman of the Board of Deacons, was an Elder and sang in the choir for many years. Henry was an avid Clemson fan, loved music of all kinds and performed with the Greenwood Festival Chorale. He is survived by his wife of the home; daughters, Menke Reynolds Harvin (Bubba) of Greenwood, Anna Graham Reynolds Fox (Chas) of Baskin Ridge, NJ and Bryte Reynolds Corbett of Columbia; a sister, Dannie Horne (Rev. Charles) of Greenville; and grandchildren, Cecelia Reynolds Fox, Charles Eldon “Blu” Fox, Sophia Kirkman Harvin and Bryte Daniel Corbett. A private family burial will be held at Edgewood Cemetery. Memorials may be made to First Presbyterian Church, PO Box 426, Greenwood, SC 29648 (firstgreenwood.com) or to The Humane Society of Greenwood, PO Box 49776, Greenwood, SC 29649 (gwdhumanesociety.org).

The family of Henry Reynolds created this Life Tributes page to make it easy to share your memories.

Send flowers to the Reynolds family.