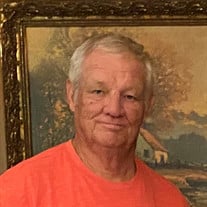 Kenneth Eugene “Papou” McClendon, 72, husband of Pamela Sterghos McClendon, died Thursday, February 10, 2022 at Self Regional Medical Center with his family by his side. Born in Greenwood, he was the son of the late Woodrow P. and Nellie Blackwell McClendon. Kenny was a Greenwood High School graduate and has remained in and around the Greenwood area throughout his life. He spent 33 years before retirement working for Gleamns Human Resource Commission INC impacting Greenwood and surrounding counties. He was a US Army veteran, serving during the Vietnam era and was of the Baptist faith. Kenny enjoyed life on the lake, working on his farm, riding horses, sitting on the beach, his Ninety Six Tuesday Night Men’s Supper Club, Team Shack Hunt Club, and he was a huge supporter of high school and recreational athletics. Kenny’s greatest passion was his family. He never missed a sporting event that one of his children or grandchildren were involved in. He opened his home to his children’s friends, whom he welcomed as family and for many was a second father. He was always looking to extend a helping hand and brought laughter to so many throughout his lifetime. Kenny is survived by his wife, Pam, of the home; his children, Jason McClendon (Nicole) of Greenwood, Jamie McClendon (Jennifer) of Chapin and Jessica McClendon of Ninety Six; grandchildren, Taylor, Gray, Avari, Maddie, Mata, Meyer and Milly; sisters, Brenda M. Smith, Anne Jones and Debbie Miller (Tommy), all of Greenwood; his brother, James McClendon (Carie) of Greenwood; sister-in-law, Paula Straughn (Leo) of Mobile, AL; brothers-in-law, Ronnie Sterghos of Laurens and Ignatius Sterghos (Beverly) of Cornelia, GA; nephews and nieces, Jay, Davis, Corbett, Lynn, Denise, Dianne, Elizabeth, Bailey, Alex, Casey, Josef, Polly and Nicholas; and a number of great nieces and nephews. A memorial service will be held at 4:00 p.m. Saturday at the Family Farm in the pasture, at 5521 Kinard Road, Ninety Six, with the Rev. Chuck Emory officiating. The family will visit with friends immediately following the service. The family is at the home of Jason and Nicole, 106 Tuscany Lane, Greenwood. In lieu of flowers, it is requested that memorials be made to the “Lakelands TOROS” for the “Kenny McClendon Scholarship Fund.” Checks can be mailed to: Lakelands Toros Soccer Club P.O.Box 1422 Greenwood, SC 29648. Or an electronic donation can be made directly to the Toros via Paypal at [email protected] with a message designating “Kenny McClendon Scholarship Fund”. Special thanks is extended to Dr. Jeff Lanford and the staff of Self Regional for their lifesaving efforts and the kindness that was shown to the McClendon Family.

Kenneth Eugene &#8220;Papou&#8221; McClendon, 72, husband of Pamela Sterghos McClendon, died Thursday, February 10, 2022 at Self Regional Medical Center with his family by his side. Born in Greenwood, he was the son of the late Woodrow... View Obituary & Service Information

The family of Kenny McClendon created this Life Tributes page to make it easy to share your memories.

Send flowers to the McClendon family.