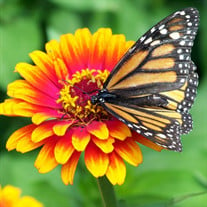 Louise Hough, 89, resident of Greenwood, SC, passed away July 30, 2021. Born on September 19, 1931, in Chesterfield, SC she was the daughter of the late W.G. and Niccie Hammond Terry. On April 17, 1954, she married Joey Hough who remained her dearest companion for 63 years. Louise was employed by Lancaster Mills until moving her family to Greenwood in 1967 where she then worked at Park-Davis and Company until retiring in 1985. Louise and Joey traveled extensively during their retirement years including mission trips to Nicaragua, snowmobile trips to Michigan and vacation trips to the Hawaiian Islands. She was a dedicated Christian who worshiped whenever possible. Louise was a former member of Lancaster Church of God, Ninety-Six Church of God, South Greenwood Church of God, and Providence Pentecostal Holiness Church in Greenwood. Surviving are a daughter-in-law Kelly Hough (Terry) of Ninety-Six; granddaughter Austin Walker (Jayden); great grandson Craig; grandson Keven Nunnery (Julia); great grandsons Judah and Joel; daughter-in-law and son Lorrie and Chris Hough; sister Oleen Hinson; and many favorite nieces and nephews. In addition to her parents, L.G. and Niccie; she was predeceased in death by her husband Joey Hough; son Robert who died at birth; son Terry Hough; sister Agnes Jenkins; brothers Wilson Terry and Edward Terry. Funeral Services celebrating the life of Louise Hough will be conducted at 2 PM on Monday at Harley Funeral Chapel with Rev Ben Edwards and Pastor Kevin Nunnery officiating. The service will be livestreamed and can be viewed by visiting Louise’s life tribute page at www.harleyfuneralhome.com, where messages can be left for the family. Interment will be conducted at 1 PM on Tuesday at Lancaster Memorial Park, Lancaster, SC. Honorary Pallbearers will be Kenny Hinson, Randy Hinson, Ronnie Terry, Barry Hinson, Larry Jenkins, Tracey Terry, Randy Spiers and Kelly Roberts. The family will receive friends prior to the service at the funeral home from 1:00 to 2:00 PM. Many thanks to the professional care givers at Ashley Place, Caris Hospice and Wesley Commons in Greenwood. Memorials may be made to Providence Pentecostal Holiness Church, 716 Abbeville Highway, Greenwood, SC 29649. To view service click here https://youtu.be/NrEa5jTyGsw

The family of Louise Hough created this Life Tributes page to make it easy to share your memories.

Send flowers to the Hough family.