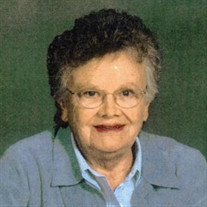 Margaret “Meg” Beattie Jung was born in Providence, RI on November 26, 1931 passed away on Wednesday, February 3, 2021 at Wesley Commons Health and Rehabilitation Center. She was the daughter of Robert and Ann Beattie. She graduated from Rhode Island College of Education and taught math and physical education in Massachusetts, Rhode Island, Wisconsin and West Virginia. While attending graduate school at the University of Wisconsin, she met her husband Dr. Gerald “Jerry” A. Jung. They married in 1957, embarking on a life of shared love of educating, learning and world travel to include New Zealand and Canada. Together they visited Russia, Brazil, Europe and points beyond. Meg delighted in visiting her ancestral home and relatives in Scotland. Meg and Jerry called State College, PA home from 1970 to 1994. Already an accomplished athlete when she arrived in Centre County, she was a regular and fierce competitor on area golf courses. Always curious and enthusiastic to learn, Meg began woodworking classes in the early 80s taught by local artists; she honed her skills in her own home workshop. Using local farm and storied hardwoods, with a preference for cherry and black walnut, she excelled in her hobby, mastering techniques of inlay, dovetail joinery, and finish work. Her attention to detail can be seen in fine pieces she and Jerry donated to Boal Mansion and Columbus Chapel and Museum at Boalsburg, PA in 2020. Meg and Jerry moved to Hilton Head Plantation for retirement in 1995 and then to Bluffton, SC in 2000. They then moved to Greenville, SC where Meg became an avid member of a Universal Unitarian Congregation. They later moved to Greenwood, SC to settle at Wesley Commons Retirement Community. Burial will be in Warwick, RI.

Margaret &#8220;Meg&#8221; Beattie Jung was born in Providence, RI on November 26, 1931 passed away on Wednesday, February 3, 2021 at Wesley Commons Health and Rehabilitation Center. She was the daughter of Robert and Ann Beattie. She graduated... View Obituary & Service Information

The family of Meg Jung created this Life Tributes page to make it easy to share your memories.

Send flowers to the Jung family.