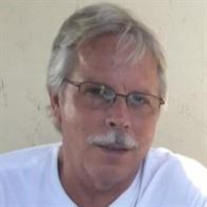 Michael Steven Cathcart of Little River, SC (formerly of Greenwood, SC) passed away Saturday, August 21st at the age of 65. Born December 1, 1955 in Anderson County, he was the son of Peggy Shoemaker Frix and the late Paul Jackson Cathcart, Jr. Michael graduated from Greenwood High School in 1975. He retired from Fuji Photo Film and moved to Little River, SC, where he owned and operated his successful heating and cooling business before his second retirement. Michael was a member of Harris Baptist Church. Michael was an independent soul of many talents and jack of all trades. He was an exceptional cook and was well known for his delicious home-made rum cakes and baklava, which he loved to share with friends. He enjoyed sailing, motorcycles (especially Harley Davidsons), gun collecting, playing guitars, and road trips in his Cobra. Along with his mother, Michael is survived by his son, Steven Austin Cathcart and his wife, Mary Lyle of Greenwood; two sisters, Jennifer Alexander (Mike) of Hodges and Paula West (Bill) of Surfside Beach; his former wife, Carleen Williamson and Steven’s stepfather, Lavern of Greenwood; his best friend through school, Jeff Bailey of Greenwood; and a host of extended family. In addition to his father, Paul, he was preceded in death by his paternal grandparents, Paul J and Jesse Wood Cathcart; maternal grandparents, Edgar Eugene and Mary Marcelle Shoemaker; and his beloved English bulldog, Jake, who will join Mike in his final resting place. Graveside services will be held at 1:00 p.m. on Friday at Greenwood Memorial Gardens with Pastor James McCoy-Bruce officiating. The family request that masks be worn and CDC guidelines be followed by all attendees. The service will be recorded and uploaded to view by visiting Mike’s life tribute page at www.harleyfuneralhome.com, where you can leave messages for the family. The body will be at Harley Funeral Home Thursday afternoon until 11:00 a.m. Friday morning, where family and friends may come by and pay their respects. In lieu of flowers, the family ask memorials in Mike’s honor be made to the Humane Society of Greenwood, PO Box 49776, Greenwood, SC 29649.

Michael Steven Cathcart of Little River, SC (formerly of Greenwood, SC) passed away Saturday, August 21st at the age of 65. Born December 1, 1955 in Anderson County, he was the son of Peggy Shoemaker Frix and the late Paul Jackson Cathcart,... View Obituary & Service Information

The family of Michael Cathcart created this Life Tributes page to make it easy to share your memories.

Send flowers to the Cathcart family.