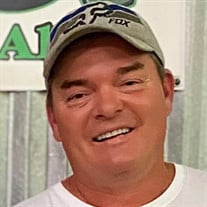 Michael “Mike” Shane Brooks, 51, of 2703 Ridge Road, Hodges, husband of Beverly R. Brooks, passed away Monday, February 28, 2022 at his home. Born in Greenwood, he was a son of the Jerry Craig Brooks, Sr. and the late Marie Reese Robinson. He was formerly employed with Covidien. Mike enjoyed fishing, hunting, playing golf, and cornhole. He was a member of the Emerald City Cornhole Club. Mike was always fun to be around and liked by all. Mike is survived by his wife, Beverly; his father, Craig and stepmother, Susan of Hodges; his children, Shannon Brooks (Vic Turner) and Austin “Bubba” Shane Brooks (Erin Briggs), both of Hodges; sister, Mitzie Moore (Charlton); brother, Steve Rodgers, both of Greenwood; grandchildren, Eli Timms, Addalyn Brooks, Layton Brooks; special nephews, Trevor Brooks, Aaron Brooks, and Jerry Brooks; many extended family and numerous friends. He was preceded in death by his brother, Jerry Craig Brooks, Jr. in which they are now reunited together. Services will be held at 2:00 p.m. on Friday at the Harley Funeral Home Chapel. Burial will follow at Greenwood Memorial Gardens. The service will be live streamed and available to view by visiting Mike’s life tribute page at www.harleyfuneralhome.com, where you can leave messages for the family. The family will receive friends from 6:00 – 8:00 p.m. on Thursday at the funeral home. Pallbearers will be, Trevor Brooks, Aaron Brooks, Hunter Noffz, Cody Bell, Justin Dougherty, David Cobb. The family members are at their respective homes. To view service click here https://youtu.be/DQYKnXhmyKk

The family of Mike Brooks created this Life Tributes page to make it easy to share your memories.

Send flowers to the Brooks family.