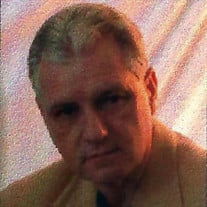 TJ Collins, 73, of 107 Major Drive, beloved husband of Louann Connelley Collins, moved to his heavenly home on Tuesday, January 11, 2022 after care at Self Regional Medical Center. Born in Greenwood, he was the son of the late TJ Collins, Sr. and Mae Ola Roberts Collins. TJ was a hard worker, authored the book, Now Behold…The Ancient of Days, and loved his job as a land developer. He enjoyed the outdoors, collecting ancient and historical artifacts, and most of all spending time with his family and friends. He was a US Navy veteran, where he served during Vietnam and was a member of South Greenwood Pentecostal Holiness Church. Surviving in addition to his wife, Louann of the home are his children, Ted Jason Collins (Tara) of Due West and Alison Jane Collins Scott (JC) of Greenwood; sister, Cheryl Collins Wheless (Sparkie); step sister, Bobbie Jean Luquire, both of Greenwood; grandchildren, Kala Collins Overholt (Alex), Jacob Collins, Ellie Collins, Beau Collins; step grandchildren, Abbey Callahan and Anna Callahan, all of Due West and Greenwood; and grandchildren, Levi Scott, Jane Scott, John Luke Scott, all of Greenwood. He was preceded in death by a son, Anthony Lee Collins and stepsister, Marietta Collins Burnett Sutton. A celebration of life will be at 4:30 p.m. on Friday at Harley Funeral Home Chapel with the Rev. Terry Bailey officiating. The family will receive friends following the service. Pallbearers will be Alex Overholt, JC Scott, Bob Connelley, Nick Connelley, Sparkie Wheless, Rick Dickson, and Jacob Collins. Honorary escort will be Ronnie Etheridge, Wayne Collins, and Mark Holiday. The service will be live streamed and available to view by visiting TJ’s life tribute page at www.harleyfuneralhome.com, where you can leave messages for the family. A private family burial will be held at Greenwood Memorial Gardens. The family would like to thank the nurses and doctors at Self Regional ICU for their loving care. In lieu of flowers, the family request memorials be made to South Greenwood Pentecostal Holiness Church, 17 First Church, Greenwood, SC 29646. View service here: https://youtu.be/ETp-0Q8TEHM

TJ Collins, 73, of 107 Major Drive, beloved husband of Louann Connelley Collins, moved to his heavenly home on Tuesday, January 11, 2022 after care at Self Regional Medical Center. Born in Greenwood, he was the son of the late TJ Collins,... View Obituary & Service Information

The family of TJ Collins created this Life Tributes page to make it easy to share your memories.

Send flowers to the Collins family.