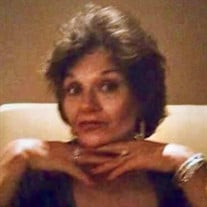 Toni Porter Collins, formerly of Greenwood, SC, died September 27, 2021 in Mooresville, NC. She was born June 7, 1952 to the late Charles Edward and Betty Dobbins Porter of Greenwood. A graduate of Greenwood High School, Ms. Collins was active in theater and music, which both became lifelong passions. She was involved in numerous productions at the Greenwood Community Theater as both an actor and director, winning several local drama awards. She also founded and operated a youth dramatic troupe, the Ragsdale Players, which performed at GCT. Musically, she was an avid vocalist and guitarist and performed with several bands in both the Greenwood and Charlotte areas. She also enjoyed sharing her musical talents as an instructor, teaching guitar and vocals in Denver, NC. Ms. Collins was preceded in death by her parents. She is survived by her children, Brant Long of Hollywood, FL and Jason Long of Greenwood, SC and grandchildren, Samantha Long, Caroline Carver and Lexi Lineberger. A memorial service will be held at 1:00 p.m. on Saturday, October 2, 2021 at the Harley Funeral Home Chapel. Masks are encouraged. The family will receive friends following the service. In lieu of flowers, the family requests that memorials be made to the Greenwood Community Theater, 110 Main Street, Greenwood, SC, 29646 or the Leukemia & Lymphoma Society at https://givenow.lls.org/.

The family of Toni Porter Collins created this Life Tributes page to make it easy to share your memories.

Send flowers to the Collins family.