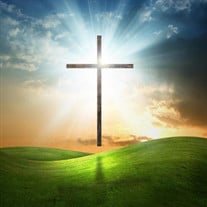 William Thomas McAlister, Jr., 82, of 629 N. Main Street, Cross Hill, husband of Sandra F. McAlister, passed away Friday, May 14, 2021 at his home. Born in Greenwood, he was a son of the late William Thomas McAlister, Sr. and Ruby Horne McAlister. He earned his associates degree in heating and air from Piedmont Technical College and was formerly employed with Greenwood Mills for forty-seven years, where he was a member of the Quarter Century Club. William was a US Army National Guard veteran, a mason, a Shriner, a member of the Rock & Roll Cruisers car club, a member of the disaster relief program, and the Mayor of Cross Hill. He was a member of First Baptist Church Cross Hill, where he was a Deacon, a leader of the God Squad, and a volunteer for the church. Surviving in addition to his wife of the home are his children, Vickie Sutley (Mark) of Ninety Six, Tyna Williams (Mike), Kimberly Mixon, and Franklin Grant Mixon, both of Augusta, GA; ten grandchildren; fifteen great grandchildren; and a special nephew, William “Billy” McAlister. In addition to his parents, he was preceded in death by a son, William T. “Tommy” McAlister, III and three brothers. Services, with masonic rites, will be held at 2:00 p.m. on Monday at First Baptist Church Cross Hill with Pastor Curtis Marshall officiating. Burial will follow at Greenwood Memorial Gardens. Pallbearers will be family and friends. The service will be recorded and uploaded to William’s life tribute page by visiting www.harleyfuneralhome.com, where you can leave messages for the family. The family will receive friends from 1:00 – 2:00 p.m. on Monday at the church. The family will be at the home.

The family of William McAlister Jr. created this Life Tributes page to make it easy to share your memories.

Send flowers to the McAlister family.